Working with farms and restaurants

Finding the right balance of ingredients is essential to any recipe. Without butter, for example, a particular dish might not come together or taste right. Such is the case with the recipe for the future of food—where the butter is digital technology, the essential element enabling consumers to break away from the decades-old habit of turning to supermarkets for all things comestible.

The public, it is clear, is going back to its hunter-gatherer roots, but the bows and stone knives are now blog posts and tweets.

A study by The Hartman Group points out that social media is changing “the way we think about, talk about and experience food,” finding that 52 percent of Facebook users have “liked” a food/beverages brand while 43 percent regularly use social media and other digital platforms to plan meals. 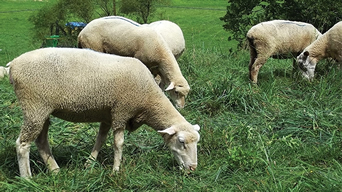 The local-food movement is feeding on this digital zeitgeist that’s transforming how meats, eggs and produce are marketed, distributed and consumed.

Web-based retailers such as Peapod and FreshDirect are keeping their ears to the virtual ground as the business of food evolves via social, connecting consumers with food both in its raw form and prepared. And social channels including Facebook and Twitter are boosting the prospects of food purveyors large and small.

One of them is a farmer by the name of Garland McCollum.

“I graduated from North Carolina State in 1983 with a degree in animal science, and they taught us that we were going to operate big and feed the world—and that’s what I tried to do,” recalls McCollum, who would go on to start Massey Creek Farms in Madison, N.C. “Our business was a lot of the things you read about in terms of contract hog farms. It wasn’t good for me. I felt like an indentured servant on my own farm. We decided to make a change and went cold turkey.”

So, after two decades running a commercial hog farm, the ball cap-wearing Carolinian and his father, Bill McCollum, rebooted their family operation, shelving a factory-styled outfit that sold 25,000 pigs annually in favor of small batches of free-range hogs, lambs, chickens, turkeys and ducks.

Going grass-fed turned out to be the right move, especially once digital elements were employed. The McCollums established a meat and eggs booth at the nearby Greensboro farmers market and grew a roster of loyal consumers and restaurant buyers by giving the message behind their friendly smiles a Facebook landing page. At the farmers market, Massey Creek helped generate a Facebook fan base of 665 customers, some of whom represent $500-a-week wholesale orders.

“Whether they find us through Facebook or while visiting the farmers market, we can continue the conversation through that social channel,” Garland says. “But we try not to be ham-handed. For instance, we’ll push a restaurant customer with a Facebook post and then mention that ‘by the way, they serve Massey Creek Farm eggs.’ If they do well, so do we.”

Read the rest of the article at Adweek.com