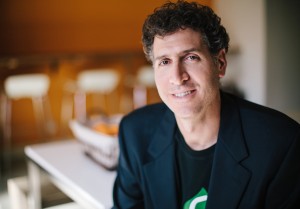 Farmigo has been one of the startups getting more attention in the food sector, with a mission of creating a healthy alternative food system and $10 million in funding so far to make this a reality. In its four years of operation, the company has been evolving from an online software provider helping farms to manage their CSA subscriptions to creating and managing communities of people interested in buying local food directly from multiple farms.

Now the company is getting ready for its next evolutionary step, enabling entrepreneurs, or Champions, as Farmigo calls them, to start their own food communities. To learn more about the new program, I talked with Benzi Ronen, Farmigo’s co-founder and CEO. Here’s an edited version of the interview:

TriplePundit: Can you tell us about the new Champions program and how it is different from your current model?

Benzi Ronen: In general, Farmigo has been looking at the different ways we can get healthy food to consumers around the country. When we started the company four years ago, that was our mission. Initially, we started off by focusing on farms that want to sell directly to consumers, like CSA models. We come from a background of software, so we built an internet technology to enable farms to manage a farm-direct business.

We still do that today and it’s very successful, but we also saw a need for another model that instead of being a farm-centric will be consumer-centric. That’s when the food communities were launched, where you could order from multiple farms in the area, pay weekly and change it every week. We have been doing it for a few months both in the New York City area and in Northern California.

What we realized was that there is even a larger opportunity if we got people involved in creating their own food communities. So instead of us trying to do all of the outreach alone, we thought it would be more effective and actually more inspiring to become a platform for other people to launch their own food businesses. And that’s what we’re rolling out now.

3p: So the difference between the Champions program and the model you have so far is that until now you were responsible for creating the communities and now you enable people to do it on their own?

BR: Correct. Somebody in Brooklyn, for example, can come to us and say ‘Hey, I’ve got a great location so I want to set up a Farmigo food community. I have a great network of people that I think want to buy directly from farms and eat healthy food. Can I launch one on the Farmigo platform?’ For the Champions, it means that they don’t need to worry about establishing all these farm relationships and farm contracts, they don’t have to worry about any of the logistics, so basically they only need to worry about building a community of interested members.

It really enables food entrepreneurs to create their own interpretation of what their customer base needs, while not having to do all the work to establish the entire business, and for a lot of them to make money – they get 10 percent of any sale that is made through their community.

3p: When do you plan to launch the Champions program?

BR: It’s a matter of months. Right now, we’re working with smaller groups of people to make sure that they’re successful – it’s a very grassroots stage before we open it up in multiple regions (New Jersey, New York City and Northern California).

3p: Will the current Farmigo food communities continue to operate in the same manner?

BR: In most cases we’re finding a Champion who wants to lead them.

BR: The answer is: absolutely yes. Up until now, we haven’t made enough room for the community to be part of the solution. We took too much on ourselves by having Farmigo employees launching and managing these communities. Up until now, we have been focusing on the farms and making them part of the solution and this next step really gives the room that leaders in the community who seek to take an active role in creating the solutions want.

We’re not inventing anything here. We have CSAs that are constantly being started by volunteers, but they usually get started by large groups. So it’s kind of inspired by that, but we really want one person to be the champion for each community.

3p: How do you view CSAs? Do you see them as competitors?

BR: We think that CSAs target a different segment of the population. If you’re someone who wants to support one farm and you’re passionate about a specific farm and willing to change what you eat pretty dramatically based on what that one farm is harvesting each week, then a CSA is absolutely the best way to go.

Based on research we’ve done, there’s about one percent of the population that is suitable and motivated to do that model. And it’s completely inspiring – those are the farms that are the true pioneers of farm direct and we want to see them thrive.

BR:  I think the biggest obstacle we see is that people are not used to buying produce over the Internet. Our assumption is that in the next three years it will start to be the norm to buy your food online, not just your cereals but also your fresh items.

I think you see every single industry now moving to the internet and it’s become more and more acceptable to buy that way, but still there’s a behavior that needs to change and that doesn’t happen overnight.

Raz Godelnik is the co-founder of Eco-Libris and an adjunct faculty at the University of Delaware’s Business School, CUNY SPS and Parsons the New School for Design, teaching courses in green business, sustainable design and new product development. You can follow Raz on Twitter.