Though U.S. athletes will be wearing chic China-made Ralph Lauren duds during the Olympics’ opening ceremony Friday, a 225-employee company in North Philadelphia is taking special pride that one team – the rowers – will be wearing made-in-the-U.S.A. racing unisuits and practice gear in London.

The story of that company, Boathouse Sports Inc., is one of a small American apparel manufacturer in a rusted-out industrial city beating the odds in an era of global trade flows and multibillion-dollar, big-brand conglomerates.

“We compete because a) we are custom and b) we are fast,” the company’s founder, John Strotbeck, himself a former Olympic rower, said in an interview. “You should never turn your back on your core.” 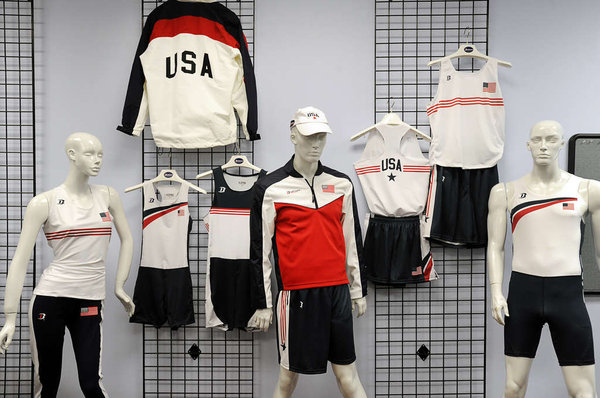 He was talking about Boathouse’s rowing niche, but he also could have been talking about Philadelphia, having spurned offers in the late 1990s to relocate to cheaper-labor Southern states.

Bitten with the rowing bug at Marietta College in Ohio, Strotbeck “sweep rowed” in a double (a two-person boat) at the 1984 Olympics in Los Angeles, then sculled in a quad (a four-man boat) at the ’88 games in Seoul, South Korea.

In 1989, he launched Boathouse Sports in a factory in Northern Liberties. Within a few years, Boathouse had expanded into an almost-exclusive outerwear company that sold parkas, award jackets, and warm-ups to athletes for Division I football teams, the National Football League, and other sports.

Times were good in the 1990s. But then Nike and Adidas crashed the party by paying multimillion-dollar sponsorships to outfit Division I teams for the national TV exposure, wiping out part of Boathouse’s business.

Seeking new revenue, Strotbeck recast Boathouse to supply full lines of apparel, uniforms, and accessories for lacrosse, field hockey, rugby, rowing, track and field, volleyball, and other sports that “flew under the radar,” he said. It also supplies nontraditional sports clubs, such as those for ultimate Frisbee, chess, and paintball. 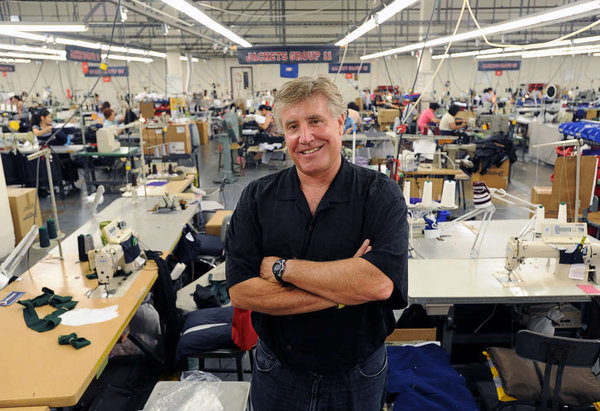 The company processes about 45,000 orders a year and has annual revenues of about $20 million. It pitches its products to coaches and athletic directors with the simple message that Boathouse will manufacture custom uniforms and deliver them within 20 days of an order – a difficult timetable for a Chinese factory.

“We do everything from design, graphics, inventory of raw materials, cutting and sewing, screening and sublimation, to putting it in a box,” Strotbeck said. “We produce, pretty much, 100 percent of what we ship.”

Dressed one day last week in blue jeans and a black short-sleeve shirt, Strotbeck, 55, said that before he moved into his current factory he had been wooed with incentives by three Southern states: Mississippi, North Carolina, and Tennessee.

He had doubts. Auto companies were investing heavily in assembly plants in the South, which Strotbeck thought could put pressure on their labor markets. Instead of relocating, he bought the former GE aerospace factory on the 400 block of East Hunting Park Avenue in 1999. The company’s mostly female workforce is comprised of Asian and Hispanic immigrants.

A member of the Vesper Boat Club in Philadelphia, Strotbeck said rowing is growing as a sport because of Title IX rules that require colleges to invest in women’s sports.

In 2009, Boathouse signed a deal with the United States Rowing Association, based in Princeton, to sponsor the national rowing teams, leading it to supply with gear the 44 U.S. male and female rowers in London. That gear includes unisuit racing uniforms, practice uniforms, basic training gear, cold-weather vests, long-sleeve shirts, and other items.

“Rowing is out of the Ivy League. It is getting to be an everyman’s sport,” said Strotbeck.

“We did it,” he said of the sponsorship, “because we like rowing and we were getting back into the uniform business. . . . It’s important for us to be an Olympic brand.”

“This is not anything new,” he said of the made-in-China Ralph Lauren clothing for the London Olympics, “but given the changes in the economy, there’s a realization that we can make stuff in the U.S., and should make things in the U.S.”

That, Ralph Lauren now says, is where it will manufacture clothing for the 2014 U.S. Olympic athletes.

< Back to Boathouse Sports News